Matthieu Roussey obtained his PhD in France. His PhD work deals with tunable photonic crystals on lithium niobate waveguide applied to electro-modulation. An extraordinary enhancement of the non-linear properties of this materials has been experimentally demonstrated by the implementation of a subwavelength structure compatible with slow light.
He performed a 4-year postdoc at the Institute of Microtechnique in Hans-Peter Herzig’s group (EPFL, Neuchâtel). He was project leader mainly involved in metallic nanostructures, micro-lenses, photonic crystals, and other integrated optic devices.
He moved to the University of Eastern Finland in Joensuu in 2011 as senior postdoc where he developped the activities on the field of integrated optics and waveguides. During 4 years, he worked on dielectric slot waveguide in silicon and titanium dioxide platforms. He used the benefit of atomic layer deposition to adapt and modify the properties of nanophotonic structures. He build a competitive laboratory for the characterization at different wavelength integrated optics devices.
In October 2016, he became associate professor, with a tenure track in experimental photonics. He is currently co-supervizing three PhD students in the field of silicon photoncis, integrated optics n other material, and polymer waveguide interferometers for sensing. He is in charge of several laboratory practices and one master-level course (Physical Optics).
He developped a totally new waveguide platform, which is intended to become a new axis of research in the department with external collaboration within Finland, Europe, and USA. His goal being the fully monolithic integration of source, detectors, and functions (active and passive) in waveguide with low loss and mass-production compatible techniques such as roll-to-roll. In addition, he is seeking for new building blocks of integrated optics in order to envisage different solutions than already existing ones, in order to avoid bends, for example.
He has several ongoing project both with academy and industry. He has an international network.
He is currently associate editor of Journal of the European Optical Society: Rapid Publication (for the integrated optics and nanostructure field). He has been guest editor of a special issue of Materials on “Silicon Nano-Photonics”. He is part of the program committee of EOS Annual Meetings (since 2014) and the Optics and Photonics days in Finland (since 2017). 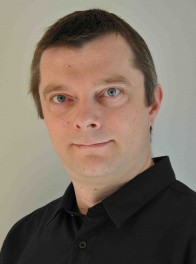