Simon Adrian received the Bachelor of Science (B.Sc.) degree in Electrical Engineering and Information Technology from the Technical University of Munich (TUM), Germany, in 2009, the Master of Science (M.S.) degree in Electrical and Computer Engineering from the Georgia Institute of Technology, Atlanta, USA, in 2010, and the Diplom-Ingenieur (Dipl.-Ing.) degree in Electrical Engineering and Information Technology from TUM, Germany, in 2012.
His research interests are in the field of Computational Electromagnetics, the scientific discipline that seek effective and predictive modeling of large and complex EM scenarios. Adrian’s expertise has been focusing in semi-analytic inverses, spectral regularizations, and linear-in-complexity matrix inversion algorithms.
Simon Adrian is laureate of both the Doctoral and Pre-Doctoral IEEE Antennas and Propagation Society Research Awards (one of the few to have obtained both recognitions). He was awarded with the Kurt-Fischer-Preis 2012 for his diploma thesis. He received the Second Prize in the Third International URSI Student Prize Paper Competition of the URSI General Assembly and Scientific Symposium 2014, the Best Young-Scientist-Paper Award of the Kleinheubacher Tagung 2014, the Third Prize Student Paper Award of the IEEE APS/URSI Symposium, and the First Prize EMTS 2016 Young Scientist Best Paper Award of the URSI International Symposium on Electromagnetic Theory 2016. 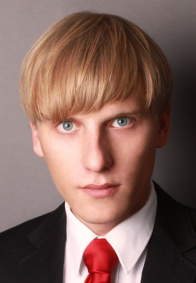