Luiz Roberto Evangelista, born in 1958 in Maringá, Paraná, Brazil, received his Ph. D. from University of São Paulo in 1988. He began as Assistant Professor of University of Maringá in 1982 and became Full Professor of Theoretical Physics in 2001.  In the last decades, his scientific career was dedicated to mathematical physics, focusing problems of statistical mechanics and on fundamentals of the elastic continuum theory and surface phenomena, which are crucial to understand the technological applications of liquid-crystalline materials. In the last twenty years, he has also investigated diffusive phenomena (usual and anomalous) in several systems, ranging from complex fluids to chemical and mechanical engineering and physics of condensed matter, pioneering the applications of fractional calculus to the field of impedance spectroscopy.  Recently, he has published a book (the seventh of a series of scientific texts he wrote) that accounts also for these pioneering contributions to this field (Cambridge University Press, 2018).  He has been supervisor of several Ph. D. theses and authored nearly 200 papers in international journals. He is a member of the Editorial Board of Physical Review E (APS) and Nature Scientific Reports. He has been Visiting Professor of Politecnico di Torino (2019-2020). 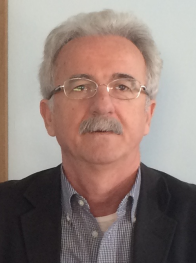