Ioannis Stavrakakis is a Professor in the Department of Informatics and Telecommunications, National and Kapodistrian University of Athens, Greece, for which he served as Chairman in 2012-2016. He received his PhD from the University of Virginia (USA) in 1988 and was elected IEEE Fellow in 2007. His research interests are in networking: social, mobile, ad hoc, information-centric, delay tolerant and future Internet networking; network resource allocation algorithms & protocols, traffic management and performance evaluation; (human-driven) decision making in competitive environments. During his visit at Politecnico he will cooperate with the researchers in the Department of Electronic and Telecommunications in the area of 5G networking and vehicular networking. In particular, the main research topics to be addressed include: i) resource slicing in 5G; ii) implementation of services in 5G through chains of Virtual Network Functions (VNFs); iii) facilitation of Internet-of-Thing (IoT) services; iv) development of utility maximization frameworks when user behaviors cannot be represented with fully rational players, as is often the case when humans are driving decisions, like in vehicular networking applications. 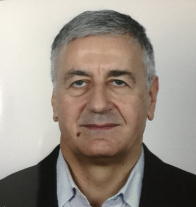