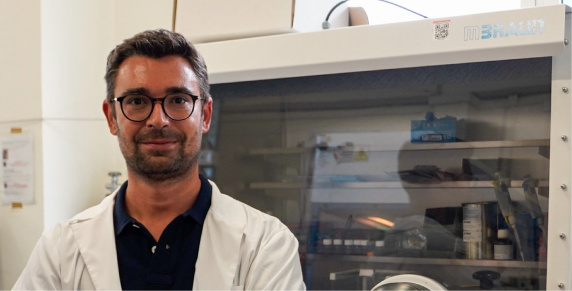 The CO2CAP project aims to recover energy from CO2 emissions through the use of an innovative electrochemical device that uses green ionic liquids capable of capturing CO2 with a less polluting and more efficient approach than traditional methods.

The reduction of Carbon dioxide released in the atmosphere and its recovery are among the main instruments to counter polluting and climate change emissions.

CO2CAP aims to make this process simpler, more efficient and sustainable, with a multidisciplinary approach based on nanotechnology, materials engineering and physico-chemical models that allow an innovative design of all system components.

When two solutions with different concentrations of some kind are mixed, the process generates energy, called mixing energy. This phenomenon has so far only been studied applied to salinity gradients (eg. the estuaries). The CO2CAP project instead exploits this mechanism (capacitive mixing, CapMix), using the concentration gradient of CO2 between two solutions during its absorption by ionic liquids. The basic idea is that this absorption results in a change in charge on two electrodes facing the ionic liquid, thus recovering energy. The new technologies that the project will develop concern innovative carbon-based electrodes and bio-derivative ionic liquids that will maximize the charge at the electrode/electrolyte interface and at the same time play the role of electrolytes (ion conductors) and CO2 absorption media. CO2CAP will make it possible to obtain a double advantage: sustainable energy production by capturing CO2 and the availability, at the end of the process, of CO2 in its pure state that can be reused for other industrial processes.

Important research efforts are dedicated to progressively lower the dependence on fossil fuels to reduce CO2 emissions. At the same time, it is essential to improve the capture mechanisms of the emitted CO2 and to study its possible reuse with sustainable technologies.

The CO2CAP project will have an impact on fundamental research, allowing better understanding of the mechanisms underlying the interaction of CO2 with ionic liquids, useful for the operation of numerous energy production and storage devices.

It will also produce an important technological advance by developing a tool to work directly on the greenhouse gases present in the atmosphere, allowing to obtain CO2 in its pure state, ready for use in other industrial processes and at the same time allowing the production of electric power.

He has numerous national and international collaborations, for example with King Abdullah University of Science and Technology - KAUST (Saudi Arabia), Molecular Foundry Berkeley (United States), Bionics Institute Melbourne (Australia). He is the author of over 100 publications in peer-reviewed international journals and 3 book chapters. He has contributed significantly to projects on microfluidics, nanostructured materials and energy devices which have led to numerous patents.