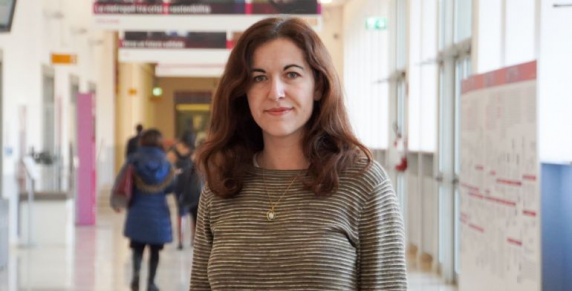 CliMOC aims at elucidating the mechanisms and the climate impacts over Europe of an abrupt decline in the Atlantic ocean circulation. To address this question, we are building models and carrying out simulations of the earth’s climate using global climate models of varying degrees of complexity.

The Atlantic Meridional Overturning Circulation (AMOC) is a global scale system of ocean currents that transports heat from the tropics into the North Atlantic. Proxy records of past climates have consistently revealed that the AMOC collapsed at times in which the earth’s temperature was rising due to natural variations and orbital changes, leading to a sudden decrease of the global temperature and preceding the initiation of ice ages. In the current climate, it has been observed that the AMOC has been steadily decreasing as well, and it is thought to be at a minimum strength compared to the past 1000 years. However, this presents an issue, since we have limited understanding of the climate impacts of an abrupt AMOC decline in the context of the current global climate change. CliMOC aims at building a hierarchy of global climate models of varying degrees of complexity to assess the relative roles of atmospheric and oceanic processes on the AMOC decline, and to provide vital information of possible climate impacts over Europe following an AMOC collapse.

Impact on fellow career and on society

This fellowship will allow the researcher to lead an independent research project and increase the visibility of her research output internationally. The results of the project will provide important socio-economic information regarding the climate impacts of an abrupt decline of the Atlantic ocean circulation. Such a decline is considered to be a ‘tipping element’ in the climate system, which means that it would lead to sudden and drastic changes in the European climate, which are currently poorly understood.

Katinka Bellomo holds a B.S. and M.Sc. in Physics from Università degli Studi di Torino, and a Ph.D. in Meteorology and Physical Oceanography from the University of Miami. She worked as a research scientist at Columbia University and the National Research Council of Italy, before joining Politecnico di Torino in 2021. Her expertise is in numerical climate modeling and physical aspects of climate variability and change, and her current research focuses on understanding the mechanisms and impacts of global climate change on Europe.

CliMOC project has received funding from the European Union’s Horizon 2020 research and innovation programme under grant agreement No. 101026907