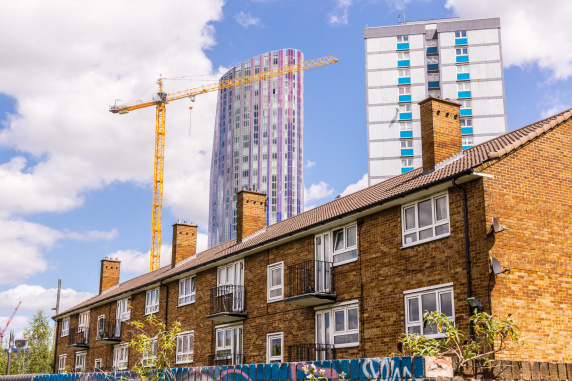 European cities are facing new tensions and challenges due to economic crisis and restructuration of welfare states. A “new wave” of urban vacant spaces was an effect of these phenomena. The main goal of the project was to identify new forms of action in the cities in order to tackle urban social tensions, re-activate neighborhoods and support the development of inclusive communities.

The effects of the financial crisis have intensified and deepened social inequalities among the inhabitants of many European cities, generating new forms of marginalisation, social and spatial polarization and territorial fragmentation. Moreover, local public authorities are facing a strong withdrawal of resources that has affected the urban areas management and local policies.

Consequently, a “new wave” of urban vacant spaces can be recognized in the European cities. Vacancy no longer simply refers to brownfield sites, but also to a range of other spaces such as: empty new-built residential complexes and estates, closed social facilities, vacant commercial spaces, cinemas and theatres, hotel facilities, schools, office spaces, barracks, sometimes historical buildings. These urban spaces are no longer located only in the older industrial peripheries, but can be found scattered across different parts of cities and their suburbs, creating new forms of urban fragmentation and socio-spatial segregation.

The research project's main objective was to identify new models, approaches and tools that allow the beginning of a new phase of urban intervention. An analysis of different practices in three European cities (Barcelona, Berlin and Dublin) was conducted focusing on different areas in each city, characterized by urban development projects, practices of reuse, experimental processes of urban intervention. These three cities are recognized as particularly active in their forms of development and transformation of vacant spaces.

The research contributes to the development of categories and criteria identified in the analysis of the European case studies that could be transfered to the Turin case. 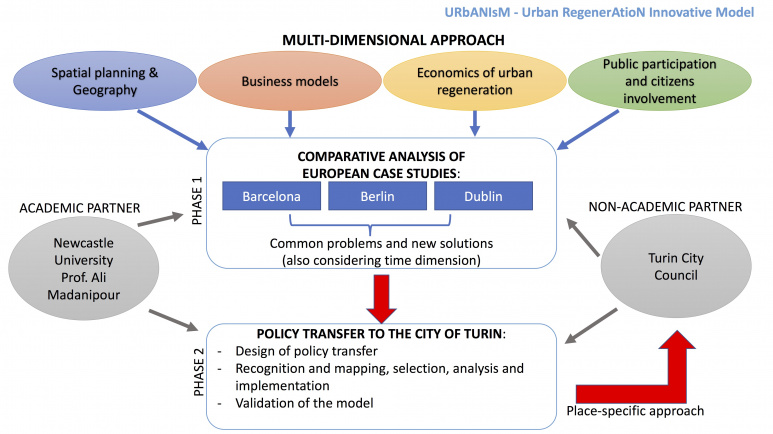 The research project ha potentially a strong socio-economic impact giving new energy to urban intervention/regeneration as main tool to tackle social inequalities. The reuse of vacant spaces has impacts on employment, financial resources and new functions in the city, so on the citizens living in it. The challenge is to  construct a new shared paradigm of urban regeneration among different disciplines. The beneficiaries are citizens, policy and decision makers, and the scientific community.

URbANIsM project was focused on Turin, but its potential application is wider and other Italian or European cities could benefit from the reflections and processes activated in Turin.

The research studied urban developments in the cities of Barcelona, Berlin and Dublin and deepened the Anglo-Saxon context (Newcastle and London) analyzing approaches, processed and tools of action in the cities. The development of the Turin “Backbone” was also studied. Unfortunately it has not been possible cooperate with Torino City Hall during the project because the institution has not made itself available but we wish to realize in the future common workshops about the research theme.

Among the main scientific results we highlight:

Nadia Caruso is Assistant Professor in spatial planning at the Interuniversity Department of Regional and Urban Studies and Planning (DIST) of Politecnico di Torino. She holds a Ph.D. in Spatial planning and local development at Politecnico di Torino. Her research focuses on urban regeneration, housing policies and social innovation. She has been working on topics such as territorial governance, metropolitan regions and the evolution of the planning field. She teaches “Integrated programmes and urban regeneration” in the Bachelor course of Territorial, Urban, Environmental and Landscape Planning. She is an active member of the scientific network AESOP (Association of European Schools of Planning) and AESOP Young Academics. She is author of about 40 scientific contributions (research monographs, papers, book chapters, research reports, conference proceedings).