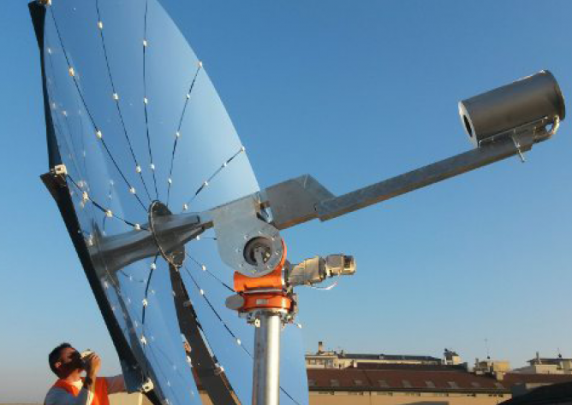 Perovskite solar cells represent the most concrete new generation photovoltaic technology and are viable alternatives to traditional silicon panels. After having achieved efficiencies exceeding 22% in five years only, perovskite cells must now be stabilized and produced on a large scale: this project has used polymeric materials to this purpose.

The PEPPY project used polymeric materials (the so-called “plastics”) for the new photovoltaic technology based on perovskites. These solar cells have been developed in recent years and have reached efficiencies exceeding 22%; however, it is necessary to overcome two important limitations: poor durability (due to the degradation promoted by moisture and UV light present in the sun) and the difficulty in obtaining the same efficiencies on larger areas than those of laboratory cells. While the latter is an engineering problem typical of all new technologies, the problem associated with long-term stability must be tackled with a chemical and material science approach. This project realized polymeric coatings by photopolymerization, i.e. the process that allows to reticulate a liquid resin in the form of solid film (the same, for example, used by the dentist for fillings). By choosing suitable fluorine-based polymers and by adding luminescent molecules (in collaboration with Politecnico di Milano), it was possible to block both the passage of moisture and UV light, thus making perovskite solar cells much more stable than the state of the art. The project also included cell-to-module scale-up with the contribution of GreatCell Solar multinational company and the study of the product lifecycle from manufacture to disposal. 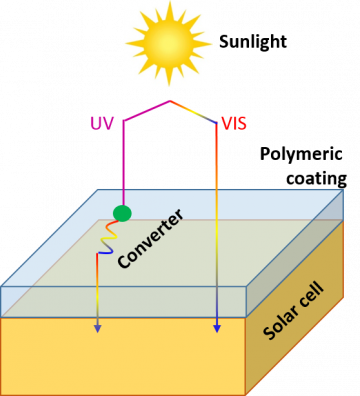 The field of renewables is now a reality to be faced and many European states are moving strongly in this direction. Perovskite solar cells, if stabilized and produced on a large scale, are a marvelous technology, as they offer the same performance of silicon even when the sunlight is not perpendicular to the panel (they can work for more hours per day and also when the sky is slightly cloudy). These solar cells are also available on flexible substrates and can recharge batteries and portable devices.

Through a chemical and materials engineering approach, the research group developed polymeric coatings capable of preserving the stability of solar cells, making them stable under the aggressive action of atmospheric agents (such as UV rays, temperature gradients, humidity). Moreover, it has been possible to replace polluting and/or expensive components of the cell with recycled materials, for example carbon platforms from waste of the agri-food industry. Attention was deserved to the possibility of scaling up at the industrial level: the project has realized an efficient and stable demonstrator made up of abundant, cheap and processable materials on a large scale, with the possibility to integrate IoT (Internet of Things) component.

Among the main scientific results, we highlight:

Federico Bella (Torino, 1987) is associate professor of Chemistry at Politecnico di Torino. He has been visiting scientist at Universitat Politècnica de València, National University of Malaysia, Massachusetts Institute of Technology and École Polytechnique Fédérale de Lausanne, working in the field of solar cells stabilization and optimization through polymeric and chemometric approaches. He has been awarded with the “ENI Award” as the best Italian under-30 scientist in the field of renewable energy and with the “Premio Sapio Junior 2015” as the best Italian under-30 scientist in the field of research and innovation. He is author of 75 publications in international peer-reviewed journal (including one Science paper on the topic of this project), and is Advsory Board member of ChemSusChem, the principal European scientific journal of sustainability-related topics.